Good News from Congress and TCC 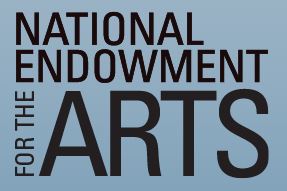 Washington, DC (July 19, 2017) — Last night the House Appropriations Committee took another important step in rejecting proposals to eliminate federal funding for the National Endowment for the Arts (NEA). The full House Appropriations Committee approved the Fiscal Year 2018 Interior Appropriations bill, which calls for the NEA to be funded at $145 million. This represents a cut of $5 million for current funding levels. The measure is expected to be considered by the full House of Representatives in the coming weeks.

In the report that accompanied the legislation, the Appropriations Committee singled out the broad bipartisan support for the NEA’s work with our nation’s wounded warriors. The Creative Coalition was privileged to witness firsthand the impressive arts therapy work during the organization’s visit to Walter Reed National Military Medical Center earlier this year.

“We are pleased that the House of Representatives continues to show support for the NEA by rejecting calls to eliminate its federal funding,” said Robin Bronk, CEO of The Creative Coalition. “It is encouraging that the Committee recognized the benefits of the NEA and the important role arts play in helping members of the armed services when they return home from the battlefield. As the bill moves through the legislative process, we urge Congress to provide additional funding and reverse cuts to the NEA.”

“We are thankful that Congress has once again rejected calls for eliminating funding for the NEA,” added Tim Daly, President of The Creative Coalition. “The NEA is a smart investment that benefits everyone from school children to veterans. As this spending bill moves through Congress, I call on our nation’s policy makers to stand up for the #RightToBearArts for all Americans. I encourage the House to build upon its initial support by increasing NEA funding back to its current level and ask the Senate to include full funding of $150 million in its version of the legislation.”